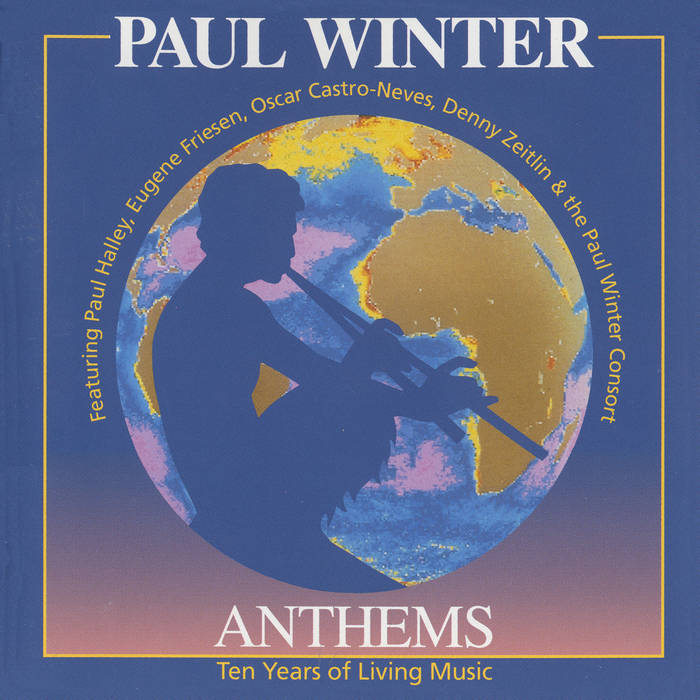 The Kyrie, prayer for mercy, contains the only Greek words left in the Western Mass and dates from the early centuries of Christianity. This is probably the first Kyrie melody composed by a wolf. The female tundra wolf featured in this recording was recorded in captivity at Pt. Barrow, Alaska. She sings the same four-note howl seven times, with slight embellishments each time. Her mystical melody includes the interval known as the tritone - three whole steps - and to Paul Winter, evokes the mystery of creation. The Chorus and Choristers were given the wolf melody to sing in free polyphony. The mode of the choral chant comes from the notes of the wolf howl. The double-bell rhythm that calls the Consort comes from Ghana.